View cart “12 Mukhi Rudraksha” has been added to your cart.

Ruled by the planet Saturn, this Rudrakshahelps counteract the malefic effects of Saturn and ‘Kaal Sarp’. 14 faced Rudrakshais said to awaken the sixth sense or intuition power by which the wearer can foresee the future happenings. This helps the wearer to decide on his course of action against all calamities, miseries and worries. It strengthens the ‘Ajna Chakra’ and visualization power.
Blessed and lucky are those who can afford to get this rare bead. Business man, politician, people in speculative business, share traders can benefit the most by wearing this Rudraksha.

Be the first to review “14 Mukhi Rudraksha” Cancel reply 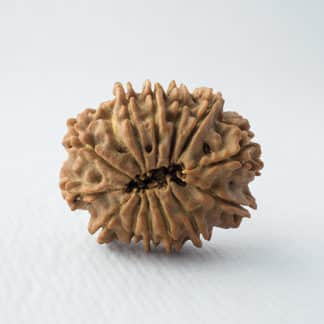 Click one of our representatives below to chat on WhatsApp or send us an email to rudrashaktii.info@gmail.com to book your recommendation.